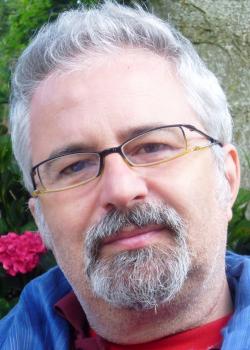 Luigi Marinelli, specialist in Slavic and Polish Studies, critic and translator. Since 1994 he has been Head of Polish Studies at the Faculty of Letters and Philosophy, La Sapienza University in Rome, where he serves as Deputy Dean now. He is a foreign member of the Polish Academy of Sciences and the Polish Academy of Learning, and an honorary member of the Adam Mickiewicz Literary Society. He was awarded the Glora Artis Gold Medal for distinguished contributions to Polish culture. He has authored over a hundred studies in various languages on Polish literature and culture as well as on comparative studies. He has translated many Polish literary texts, ranging from mediaeval to contemporary ones (e.g. M. Sęp Szarzyński, I. Krasicki, A. Wat, T. Kantor and Cz. Miłosz). He edited the most recent Italian history of Polish literature titled Storia della letteratura polacca (2004, Polish translation 2009). Since 2007, he has served as a co-editor of an Italian Polish studies yearly titled „pl.it”. Rassegna italiana di argomenti polacchi.